The Listening Tour is back and I’m tickled pink to be breaking out the WOW PROJECT convo with actress Alice Starr Toohey.

Lend me an ear, Unicorns, as I celebrate ah-mazing projects through the fellowship of listening. 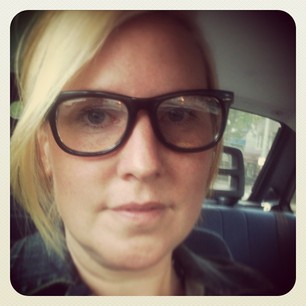 in celebration of listening

ALICE: It’s a very different feeling then New York. I embarked on a whole bunch of things. I got married. So there’s married life. And then there’s my buddist exploration. It’s been a fertile 5 years or so.

JANICE: One of the reasons I wanted to have this conversation is to share your epic project FOUR ROOMS. Where did this start?

ALICE: It’s really hard to pinpoint exactly. I feel like I’ve been leaning toward this for a long time. In fact, I still carry in my wallet this vision (that I created in your class) where I’m married, (and this is way before any of this) and there’s angels and I’ve created this beautiful, extraordinary performance piece that’s about women.

JANICE: You carry that around with you?

ALICE: (laughs) Yeah, I laminated it.

ALICE: Just recently, I took it out again. Although, I’ve gone off in different directions. There’s always something pulling me that way, and now I’m scratching away at it more and more.

JANICE: This is a very brave project. I mean it’s massive. Can you break down the concept of FOUR ROOMS.

ALICE: I’ve always been interested in women and their environment – and I wanted to explore different women (their family, their imaginations, their success) living in these different rooms. Which is more of a desire to explore different urges inside myself – or experiences that I can’t find the space for in the normal world. So I chose four women in four rooms to be performed over four years. 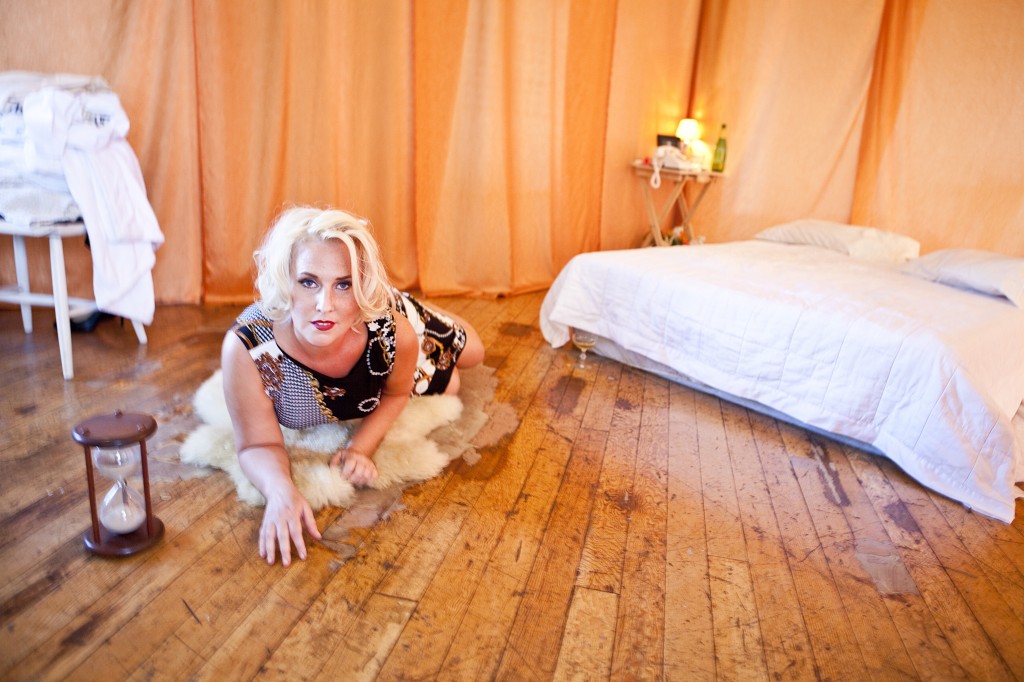 I spent a year researching. I got a bunch of books. I was constantly looking at photographs of different times of her life. But some of the most fascinating and interesting stuff was from a book called Fragments. Drycleaning bills, checks and letters. The mundane parts of her life. I started to see how her mind was working and what she was looking for in life. Then I began writing. Which helped me to have a relationship with her. Right off the bat, I was photographing myself, everyday. And then maybe five months in, I started the process of dying my hair. It was a leap. One streak first – that was the day that it started to feel real. It wasn’t just an idea anymore.

JANICE: What was is like to live with Marilyn Monroe for a year?

ALICE: It was pretty intense. There were things that were frightening. She had a really challenging time living life. She didn’t fit in. Her mother was mentally ill. There was nothing grounding her from an early age. And she was always trying to find a home – and a place that made sense for her to be alive. There was a lot that was scary. And it helped to keep coming back and asking her for permission. Taking it as far as I could go, taking a rest, and coming back for more later.

JANICE: You ended up performing in her bedroom on the last day of her life.

ALICE: Initially, I thought I would do it on her birthday. But it came together, that was the day the space was available. It just made sense. I thought, yes this is right.

JANICE: Tell me about performing 12 hours in one room.

ALICE: It was like licking a blade. It was really sharp. And it went by really slowly. Within 12 minutes, I was like, Oh my god, how am I going to survive this? How am I going to do this? I still had like eleven hours and 48 minutes to keep going. There were times I fought it. Sometimes I surrendered. Sometimes she would show through. I just stuck with it.

“Being there was so much more intense than I imagined it would be. And the things that I thought I would do to make it easy, or make it safe, just didn’t work. It felt very intimate.”

JANICE: You enter into the room completely unscripted, live for 12 hours. Is there a name for this kind of work?

ALICE: There are some other women who are doing this sort of thing. There’s not a word for it… so, I call it performance installation.

JANICE: And now you’re on to ROOM TWO. Who lives in ROOM TWO?

JANICE: I’m so excited for you. Her energy is so different.

ALICE: Very different. All the rules have changed. All the things that worked with Marilyn are not going to work with Georgia. It feels very different.

JANICE: How are you introducing yourself to Georgie Okeeffe?

ALICE: Reading everything. I’ve been reading letters between her and her husband Alfred Stieglitz. They were prolific letter writers. Of course exploring her art work. Oh, and I took horseback riding lessons. I thought that would be another thing that would help me understand her more. I’m courting her right now. I’m trying to find the in. I don’t have it yet.

JANICE: I feel like her energy is more hopeful.

ALICE: It’s very enduring. Where as Marilyn burnt out so quickly. And sparkled so bright. Georgia has this enduring steady quality about her. So yes, its very different.

JANICE: Did you just wake up one morning and go GEORGIA OKEEFFE!

JANICE: I love that. Okay, with out revealing anything about the other rooms, which woman resembles you the most?

ALICE: Room Four will be the closest. And that’s the one that I’m the most scared about doing.

JANICE: And each woman practices a different art form?

ALICE: Yeah. That’s the way it’s fallen into place. There’s a writer, a singer, a movie star and a painter.

JANICE: Would you have done something like this in New York City?

ALICE: The way that I was working in New York didn’t quite work out here. There’s something in L.A that encourages acrobats and wild, bold colors. There’s no place for kitchen table dramas. In New York this would not have made sense. L.A. encouraged me to blow things out of the water. To stretch things longer than I thought I could.